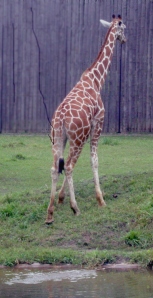 Imagine standing at the departure gate, at an airport, and looking out. On the other side of the glass are planes taxing for take-off to distant destinations and as plane take off other planes are landing. Further in the distance there are building, roads, and a line of traffic. Behind you are people all flying off to another destination sitting on chairs, shops, and walls. Monogamy is like being at an airport, surrounded with boundaries but within those boundaries are choices that can take you to other destinations.

What is monogamy? From a relationship perspective it is a consenting adult relationship that is exclusive. Using this definition a couple does not engage in having a relationship or sex with anyone else beside their chosen partner. Even with today’s enlightened sexual attitude towards gay marriage and televisions shows dealing with polygamy, monogamy is still the strongly preferred relationship structure.

History of Monogamy – a brief introduction

Defining monogamy from a historical perspective is much more difficult since monogamy is not a natural evolutionary choice to provide a diverse gene pool but a choice imposed by the Catholic Church in the Roman Empire. The definition of adultery prior the imposition of monogamy is very different than what we know today. Adultery was regarded a married man having sex with a married woman, who was not his wife. This meant a married man could be married and have sex with a woman who was single. The reason, during this era, marriage was seen as a property transaction between the husband and the wife’s father. It was not until suffrage and civil rights movement of the mid-20th century when women began achieving equal rights as men.

As for other nonmonogamous practices polygamy existed during biblical times but it was not until the rise of Catholicism in the Roman Empire and priests attempt to control sex did monogamy become the legal requirement for a couple. There is a suggestion that wife-swapping occurred in ancient Britain and continued into the modern era. Wife-swapping as it is known today started in WWII.

So, what makes a relationship exclusive? Putting aside the definition of monogamy. I believe there are two parts to exclusivity, emotional and physical.